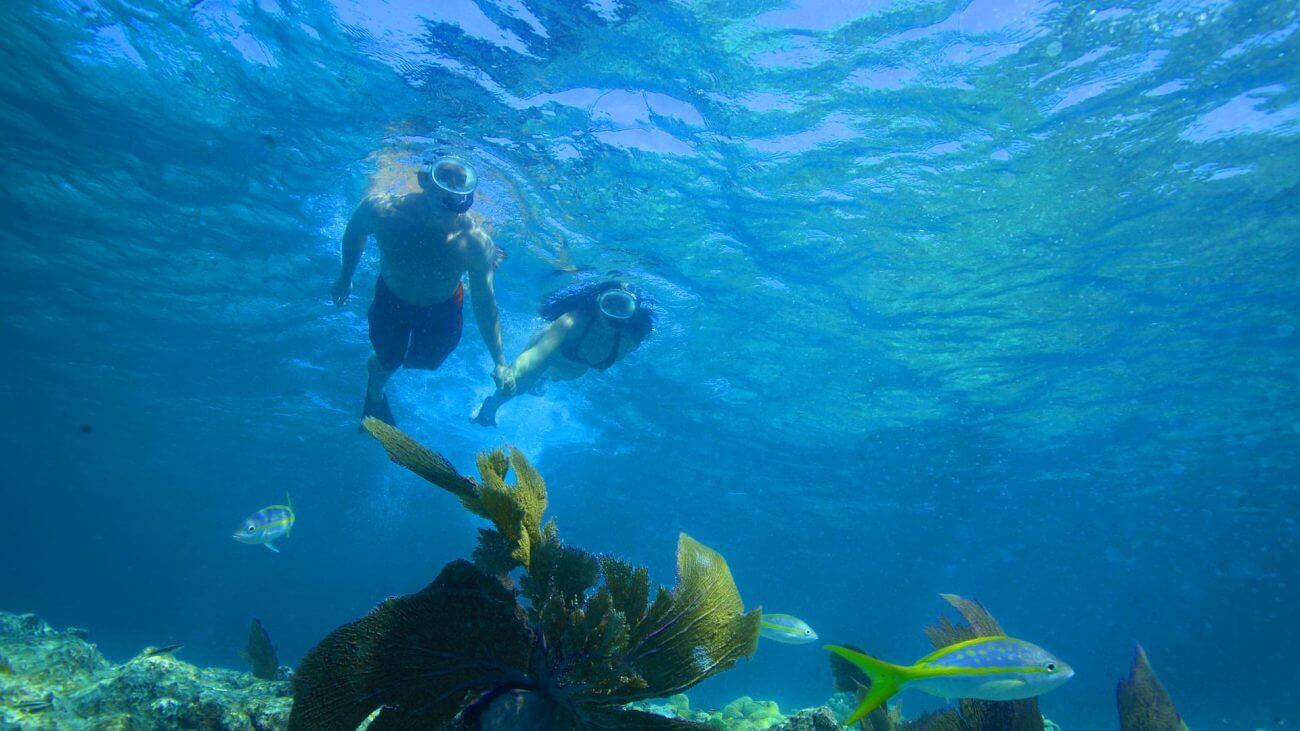 When thinking about going to Key Largo, Florida what do you think about doing? I hope its snorkeling, because Key Largo and the Florida Keys have some of the best snorkeling in the world. I was able to spend a day with the outfitter, Sundiver, in Key Largo and explore the John Pennekamp Coral Reef. It was here that I learned what is required for snorkeling and the history or the marine sanctuary. My favorite part was learning about the hidden treasure under the sea by actually snorkeling the reefs.

Upon arriving at the check in station at Sundiver Station, I noticed that they have display boards with interesting facts about the Coral Reef system off Key Largo. Key Largo was the first Marine Sanctuary of its kind. The recorded history of John Pennekamp says that in 1957 a biological conference concerned with the preservation of the natural resources of South Florida was held in Everglades National Park. At this meeting, Dr. Gilbert Voss of the Marine Institute of Miami described the extent of damage which was occurring to the reef structure that he had noted during his studies in the Keys.

The tourist trade was taking its toll on the coral structures as souvenirs for visitors. Seashells, corals, sponges, sea horses, and marine life were being hammered, chiseled, and even dynamited to provide knickknacks for the tourists. The coral reefs that took thousands of years to form were quickly being decimated by thoughtless vendors. Dr. Voss then suggested that no more profitable scientific project could be undertaken except for the protection of this area. Without some restrictions on the exploitation of the reefs, commercial interests would easily extinct the only hard coral reef formation in North America.

Dr. Voss successfully recruited conservationists to support his contentions that the reef should be protected, but his most powerful ally would eventually become an assistant editor for the Miami Herald, John D. Pennekamp.

Pennekamp had played a major role in the establishment of Everglades National Park as legislative chairman of the State Commission appointed to bring it about. He was the first chairman of the Florida Board of Parks and Historic Memorials and a member of a civilian team of consultants which surveyed the U. S. Fish and Wildlife Service for the Department of the Interior in 1954. Pennekamp also held numerous state, local, and national conservation awards.

When the two men joined forces they were able to utilize the research of Dr. Voss and the journalistic effort of John Pennekamp to organize a coalition of conservationists that would undertake the project of protecting the valuable marine resources. The road ahead was not an easy one, but the efforts of Dr. Voss and Mr. Pennekamp were sufficient enough to get the Florida Board of Parks and Historic Memorials to designate a 75 square mile section of offshore Florida as a permanent preserve. For three years the advocates of the preserve struggled to win approval for the park, and successfully resisted all opposition from commercial interests that wished to leave the reefs open for pillage.

In the spring of 1960, President Dwight D. Eisenhower proclaimed the area as Key Largo Coral Reef Preserve. By the time the dedication ceremonies were held on December 10, 1960, Governor Leroy Collins made a slight change and named America’s first underwater park as John Pennekamp Coral Reef State Park. Governor Collins named the park after John D. Pennekamp in appreciation of the continuous editorial support that had been given by Pennekamp in the Miami Herald.

After getting familiar with the history, I took the opportunity to talk to other guests waiting to get on the snorkel boat. I was amazed how many people were there to snorkel for the first time. I give them a lot of credit for trying this thrilling activity. The crew was very helpful on the ship and were able to teach all the beginners what to expect and what to do. Nevertheless, it always helps to have a bit of experience snorkeling before encountering the reef. Here are some helpful pointers to make your first, or second or third, snorkeling experience even better:

Snorkeling Pointers
The key to successful snorkeling is relaxation in the water. It is as much a psychological as it is a physical skill. You will improve your skills and become comfortable in the water with practice. Here are some training tips.

A relaxed snorkeler will get more pleasure out of snorkeling and a greater appreciation of the environment. A calm snorkeler seems less threatening and when the aquatic wildlife realizes you are not a threat, they resume their normal routine, allowing you to experience their world.
Sundiver goes to many different snorkel spots inside the Marine Santuary, like Grecian Rocks, White Banks, Molasses Reef, and the very popular Christ of the Abyss. I was fortunate. The day I was there the weather was beautiful and the conditions just right. Nevertheless, the Sundiver crew made it clear they would not go out if the conditions were not right. This day at Grecian Rocks the fish were plenty and the reef was vibrant with colors. Hopefully, the pictures here will demonstrate the experience better than words can describe.

You can see why Gerry and Kathie, the owners of Sundiver, have been so successful in this business for the past 25 years. You can’t go wrong snorkeling with them. They don’t miss any details and are always concerned with your safety. They maintain a clean and safe boat. It is one of the few snorkel boats where the dive platform is level with the ocean, with very easy entry into and out of the ocean. The boat is quick to reach the reef, a characteristic appreciated by all. On top of it all, there are hot showers to welcome guests back on shore. Over all, it’s a fantastic day of snorkeling and fun.

Since Key Largo is the biggest Key in the chain of Islands, you have plenty of choices there. From Activities like swimming with the dolphins in Key Largo, to hotels and restaurants. Gerry recommends Mrs. Mac’s Kitchen, the best lunch and Key Lime pie around. The Suites of Key Largo is located near the boat dock, and is fine for accommodations. If you have any questions, please call Gerry and Kathie at Sundiver.

Websters define the word “‘grotto” as, “a small cave (usually with attractive…

If you are like most Americans, when you think of the Everglades…

Cooper City, Florida This activity filled park was named in honor of…