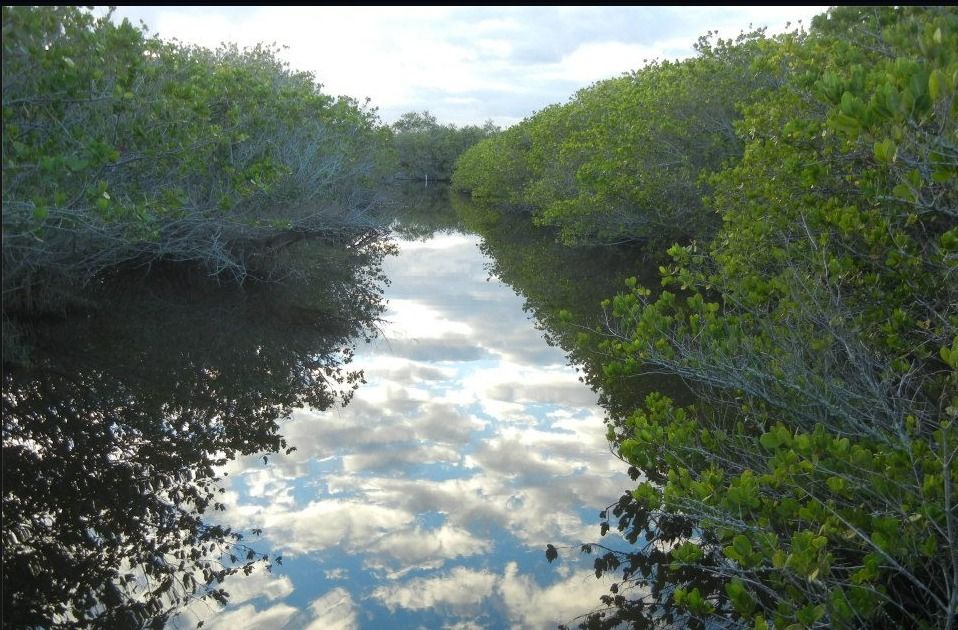 Inconspicuously positioned off commercial highway 520 is the Ulumay Wildlife Sanctuary. Situated on 436 acres in Merritt Island, Florida, the sanctuary is an unexpected resource for soft adventure. Merritt Island, population 36,090, is the site of NASA’s Moonport, from which the Shuttle is launched. The city is located off the east coast, bounded by the Indian River and Banana Creek. The island is named after the early settler given the land grant by Spain. The oranges planted here were among the few to escape the frost killing of 1835. Buds from these trees revived Florida’s citrus industry.

Although there were no orange trees at Ulumay, there were many other sites to see. A turn at the rustic entrance sign to the sanctuary took me down a dirt road to a short fishing pier jutting out into the Indian River; a great place for family fishing. The place was quiet and lush. First impressions left me wondering if the trip would be worth it. As soon as I asked myself, “What could I possibly see here,” I turned my head just in time to spot a beautiful medium size bird with a baby blue beak. The bird soared gracefully from the mangroves adjacent to the fishing pier. My heart began to beat a bit faster in anticipation of seeing more wildlife.

Under the intense Florida heat, I strolled down the dirt road. To my left, Royal Terns were riding the wind blowing from the west. Then, I approached a small group of wildlife, indeed. Mountain bikers of all things! I peered around the landscape looking for a trail. Where were they biking? Aha! To my left was a trailhead that introduced a narrow dirt road. I had to explore were it led, of course. I walked as far as I could under the glaring sun.

The flat dirt road seemed to go on forever, nestled between two canals. Along my hike I found company with several bird species, including Little Blue Herons, and a very tall Great Egret. Trying to get closer to the herons, I walked to the edge of the shore and spotted a small stingray gliding through the shallow brackish water. As I hiked further into the refuge, I came across a tall pole. Atop the pole was a grand nest. Thankfully, the refuge was providing nesting areas atop several poles for what I believe was Ospreys.
In addition to the opportunity to mountain bike down miles of trail, adventure seekers can also rent a canoe and launch into the Ulumay Inlet from the trail. A sign clearly marks the launch site.

The Ulumay Wildlife Sanctuary is a hidden treasure that will reward anyone with a day of soft adventure within a very accessible and significant city. As I trot back to the car everything seems to be in place in this small and protected piece of land. A Red Winged Blackbird flew overhead, mullet sprouted up and over the water in both canals beside me, and I smiled in response to the rhythm of life I was a part.

Key Largo is a great place to visit on vacation, as the island…

Pinellas County, Florida has withstood the test of time. Although it has…