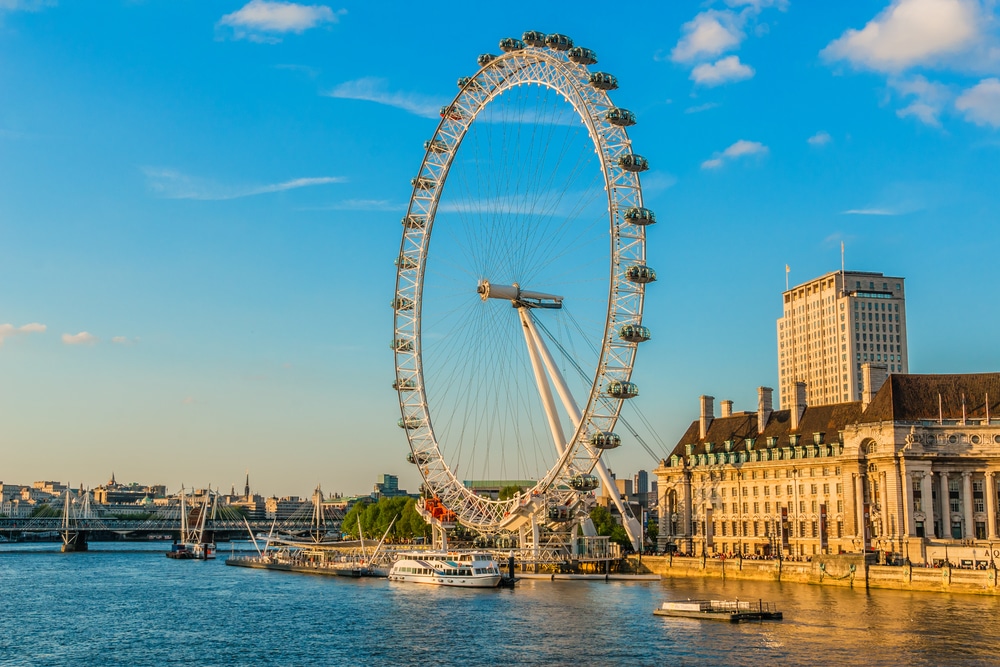 My wife and I stayed near Angel Station Underground station in Northern London. We decided to take the double decker bus into the heart of London and take the Underground on the way back. We purchased the all day pass from the Underground station for 4 pounds, which is pretty good deal. You can ride the bus or train till 12 midnight as many times as you want. We took the double decker bus from Angel station to the London Bridge bus station because this is where we planned to start our day. This was exciting because we got to sit on the top section of the bus and watched the world go by. This is great vantage point to see many sights throughout London, but I found the underground easy to navigate throughout London. With the buses, I was never exactly sure where they would end up.

Once we got off at the London Bridge bus terminal, we saw what we thought was the London bridge but was actually the tower bridge. A mistake on my part, I was asking locals where the London bridge was and they were sending me back to the the regular bridge. Once I saw on a post card at the terminal, that the bridge we were aiming for was called the Tower Bridge. I guess, this could be a common mistake for 1st time travellers to London.

We walked from the London Bridge bus terminal, a big exchange point and walked to the river. At the Themes river there are huge, walkways on both sides of the river. We were on the East side of the river and walked to get some photos of the Tower Bridge. Then headed back to the London Bridge where we crossed and got back on a Metro Underground to the St. James station. We caught the ring line which runs center across the major attractions of the London. Make sure you check out my google map of my trip. If you click on the stations, you will see the underground line we took.

At St. James station, we looked for the park. It was little difficult because I thought we would end at the park, but we were a block away, where there were only building blocking the view of the park. Asking someone at the station, they were polite and pointing us in the correct direction. Crossing through an alley, and there it is, a huge Park which has a big boulevard that goes directly to the Buckingham Palace.

The changing of the guard takes place everyday, except in the winter, at 1130am. So we arrived at the Palace early, 10:30am. We got a good spot to stand by the gate before the really huge crowd arrived. The crowds got really busy and the police kept good control of the crowd, which was about 5 thousand people or more there. I would advice to get there early but be ready to stand with the big crowd.

I thought the whole process was long and drawn out, so I was a little disappointed. A marching band walks up from St. James Park and enter the palace, where you think the whole thing is going to start, but you need to wait some more, while within the Palace compound, the band plays many songs and marches around. You can hardly see them because of the crowd and the big iron gates in front of the palace. Eventually all the guards and bands come out of the Palace grounds and march to the street for all the crowd to see. Its all over in about 15 minutes once the soldiers and band come out to the street. I am glad to say I have done it but was ready to move on. The changing of the Horse Guards at 3:30pm, is much more interesting and you are really close to the action.

Since this all ends around 12 noon, we strolled into St. James park, which is like a Central Park in New York City. We ate a snack here and began to proceed on with our journey, back to the Tower of London. For my wife, this was her main reason to come to London, since she loves the that whole period of time, Henry the 8th and Queen Elizabeth. We got back on the Underground and got off at the Tower of London station. Finding this landmark is really easy from the station, signs everywhere pointing you in the right directions.

Buying the ticket to the tower of London is quite expensive, but worth it because of all the sights within the compound. This will cost about $60 US dollars. We found that it was worth it, but you need to decide if you want to spend this money. You get all kinds of guided tours here, from a English Beefeater explaining all the building and grounds, English knights showing the battle equipment and weapon display of the day, and best of all seeing the Crown Jewels of England.

We spent about 3 hours here but we were on a tight schedule because that night my wife and I were going to catch the Eurostar from London to Paris at 8:20pm. We finished at the tower of London around 430pm and headed to Kings Cross and St. Pancras Station. This is major Train Hub. We got a quick bite to eat at Kings Cross and headed toward the St. Pancras Station where the EuroStar leaves from. I used the google map to map out my route and found a restaurant from the search. A note, when we got there for the restaurant it was out of business. We had to eat at another place and realize google map wasn’t perfect. This was exciting to be on this train that gets you to Paris in 2 hours. The cost was expensive, about 35 to 100 English pounds each. You can save a lot of money if you buy your tickets online. We fell asleep and the next thing you know we were in Paris. You end up at the Gare Du Nord Station. We had a great time in London and hope to go back soon.

Nassau Bahamas – Do it the Bahamian Way

The Bahamas are steeped in history, rich in tradition, and teeming with…

Sun Village – a Great All-Inclusive Resort on the Dominican Republic

Flying into another country has its challenges, not knowing the area, the…